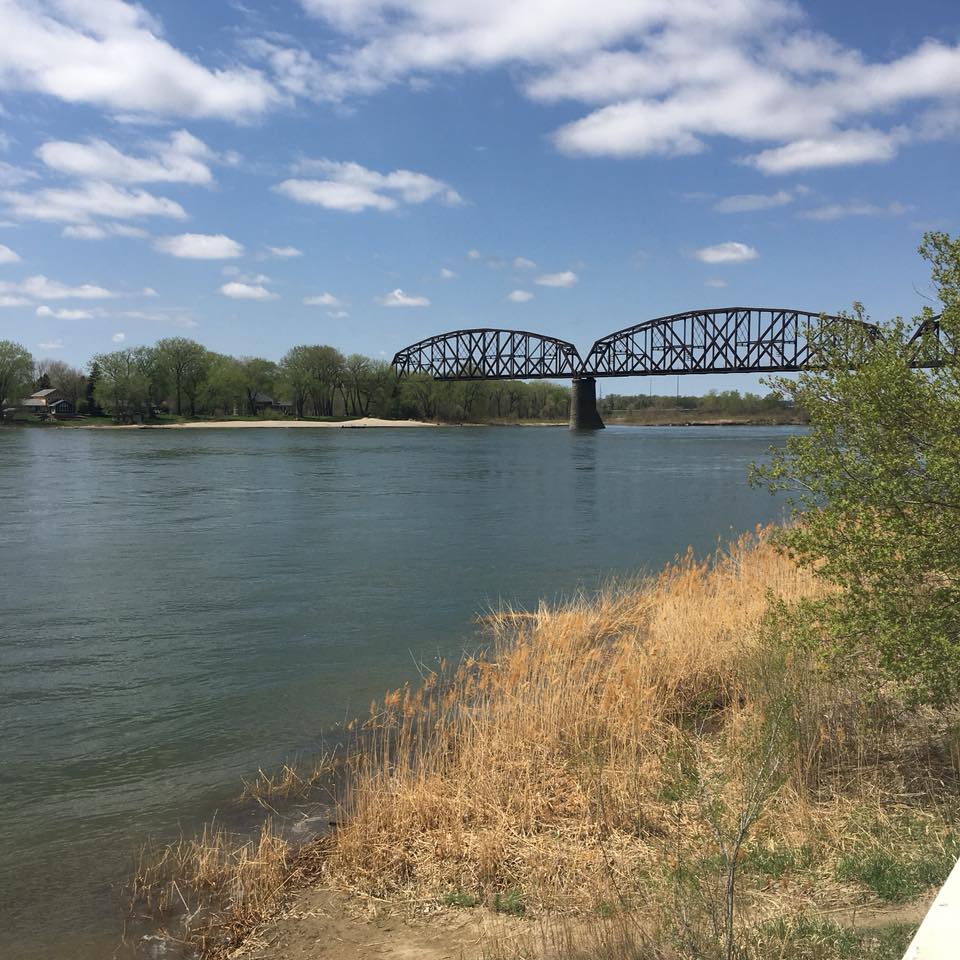 Well, I have been a busy little nurse lately. Over the last almost 2 months now of living in Bismarck, North Dakota I have planned to make blog posts but have been busy doing other things constantly.

My weeks here have been filled with work, working out, and a little bit of exploring.

For work, I still generally only work my 3-day shifts, with occasional extra shifts. The majority of days I will walk to work since I amazingly live only 8 blocks from the hospital. People are amazed that I walk to work every day, but the days that I do drive to work, it takes the same amount of time.

For workouts, I have gotten in some yoga classes at Yoga for You, they have a variety of different classes and I like that they offer classes at noon a few days a week. I also have been doing a lot of running, I completed my C25K training app and have moved on to the 10K training portion of the app. I was initially running around the neighborhood that I live in but have had to expand to going to a park that connects to the Bismarck trail system in order to have enough distance to run now that my runs are longer.

I also chose to join a gym here in Bismarck to have the ability to take classes and do strength training. I joined Verge Fitness which is a local gym here in Bismarck. They were offering a 6-week transformation program so I signed up for that and am loving the results that I am seeing. I take 2-4 Regymen classes and do a group training session each week. The classes are intense and I burn about 500 calories per class.

I have done a little bit of exploring around my neighborhood to some of the local restaurants but definitely, plan to do more. I have also explored the North Dakota Heritage Center & State Museum. I went on a rainy day that also happened to be prom so I don’t have as many pictures as I wanted to get so I’ll have to make another trip to the museum.

There are so many more trips and things to explore here and throughout North and South Dakota that are on my list. I want to get to Mount Rushmore, see some of the various military forts that are around the state, and visit so many other places.

Hopefully, this catches everyone up on where I have been and you will definitely be seeing more posts soon. I’m making it a point to take this afternoon and write up a bunch so that you will all have some things to read and learn about.

Working out is one of my favorite activities to do when I have a day off. I like a variety of different types of workouts including barre, running, yoga, Pilates, walking, and recently Krav Maga. I like being able to do something different all the time yet am able to be familiar with my workout. I generally do not try new types of workout because I enjoy it a lot and then want to do it all the time, aka I haven’t met a workout that I don’t like.

My first loves were yoga and Pilates. I started doing both of these more than 10 years ago through Rec Department classes. The classes were very basic and repetitive but I really enjoyed the relief and energy I got from taking them. I stopped taking these classes when the teacher that I had stopped teaching. At this point, I really stopped doing any exercise at all.

I went back to school in 2010 and decided that working out was a good thing again. I decided that I was going to give running a try. I was always the person growing up who thought that the only running I would do was if a murderer or a bear was chasing me. I downloaded a Couch to 5K program and the rest is history, ok it took a while but now I definitely understand why people like running. I have completed a few different 5K races including the Dirty Girl, Famous Racing Sausage Run/Walk, Glow Run, and many days of just running a 5K. I have also managed to complete a Terrain Race.

Right before I became a travel nurse a new workout studio opened down the street from my house, Barre District. It was a barre studio; I had tried a barre class through the Rec Department and figured that since the first class was free at Barre District I would try it out. Well, I was hooked. I bought an unlimited membership at the grand opening and took as many classes as I could during the time that I had left at home. I managed to cram 100 classes into a period of 60 days. I still make sure that when I am able to go back to Milwaukee that I get in a few classes and hang out with all of the awesome women that I have met there.

Once I started travel nursing I found it difficult to keep on my workouts, as I was working night shift. During my first assignment, in Fayetteville, AR, I was able to keep up with running, as there were many paved running/walking paths around the area that I lived. I occasionally did a barre DVD but it definitely was not the same.

During my second assignment, in Iowa City, IA, I managed to go running about 3 times and barely did any workouts on DVD unless I was visiting home and could go to Barre District. Night shift work and winter make life complicated.

On my third travel assignment, to Charlottesville, VA, I decided to work day shift and was able to reclaim my love for exercise. I found a local barre studio, Barre.[d] and once again fell in love. I could walk to the studio from my apartment and not only get a workout in but also some good walking. I loved the people I met through the studio and will definitely be back if in the area. I was also able to get some running in while on this assignment as the apartment building that I lived in had a gym. I was excited about exercise again and looking forward to continuing this on my next assignment.

Moving to Augusta, GA for my next assignment, I knew that I needed to find a gym that could meet my workout needs. I found Oxygen Fitness and was able to get in all the barre classes that I could have wanted plus I took a class called OxyBlast on a few of the mornings I had off. During this time, I also was reacquainted with yoga, hot yoga to be exact. My love of barre and taking as many classes as possible allowed me to complete a barre challenge while there, taking 16 classes in 30 days, I managed to get all 16 completed in 8 days since I worked or was on vacation during the other days of the challenge. One of those days, I even drove straight from the airport to get to the studio to take a class. OxyBlast was great because it gave me the opportunity to try something new, it involved intervals of an exercise opposite and interval on the treadmill, it definitely got the heart pumping and the muscles burning. Hot Yoga was a new experience for me, I was unsure how I was going to like it since I had never done hot yoga and had not really done any yoga for almost 10 years. Hot Yoga was and still is definitely a challenge and something I enjoy as it challenges me to use and move my body in ways that I previously have not. I also find it to be an amazing way to relax.

I was also able to get a lot of running and walking outside done while on this assignment. Only a few blocks from where I was living was a trail that was more than 3 miles long. I was able to run and walk for almost all of the 5 months on the assignment, as it really didn’t get cold consistently until late December.

Now in Atlanta, GA I have found myself working night shift again and not living in a place where it was convenient to get to a barre studio. I was driving one of the first days here and I saw a building that said Krav Maga on it and thought it could be interesting. A few days later one of my friends posted online about going to a Krav Maga class and it reminded me of what I had seen. That evening I signed up to take a free class, I was sold after that class and signed up to participate for the next two months. I tried to keep up with the classes but sleep would allude me when not working and after work, I needed so much sleep it was ridiculous. The classes that I did take I loved, it has given me a great appreciation for martial arts and skills for self-defense. I was able to participate in a Women’s Self-Defense class through the gym and was given hands-on opportunities to use the self-defense skills and attempt to escape from an attacker. It was a great opportunity to see women of all ages learning to defend themselves and for those of us who had been taking classes to assist in showing others how to properly use those self-defense skills.

I am excited to see what workout opportunities my next travel assignment to Bismarck, ND will bring me.